Well, that's the SAC students all packed up and off in their big lorry down to Chelsea to put together their show garden. They've built a lot of the garden in advance up here in Edinburgh, so they are hoping that it keeps things a bit less frantic on site. Here are some of the photos we've been taking of progress over the last few months that follows the Chelsea adventure. First of all the garden itself. It's a 21st century croft which reflects concerns about sustainability & renewable energy whilst adopting contemporary styling. Native plants, a water rill and insect homes provide ideal conditions for birds & insects. Elevated design drawing: 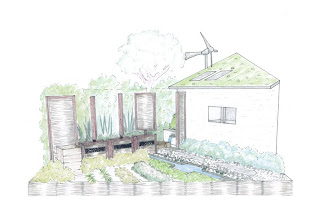 Here's some wood and teeny weeny plants, what can they be turned into...? 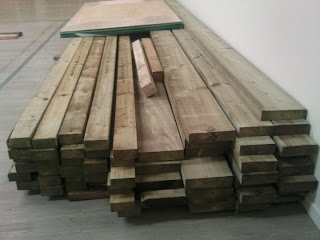 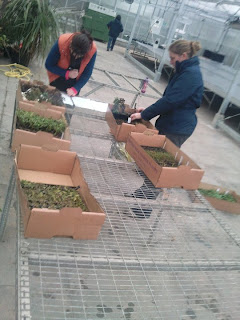 Within a few months they managed to turn the pile of wood above into a base, frame and the side of a house: 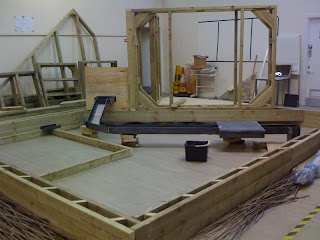 Some beautiful details in the garden is the slate rill and shallow bee/bird bathing pool. Once water is running down it, it'll look really stunning. 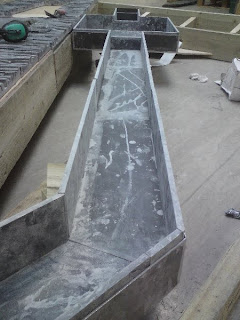 There are also yew & willow screens which divide the garden from the highlands beyond. I've never seen Yew wood before, it is a lovely rich colour. The engineering students from Edinburgh university have created a mechanism for making them rotate, which is a sight to behold. 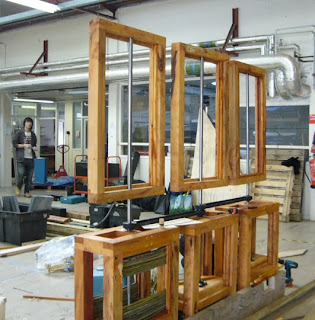 The plants are filling out a treat, but they need constant attention & watering. Trying to get them all to flower & reach their peaks just at the right time has meant a lot of moving plants in and outside. 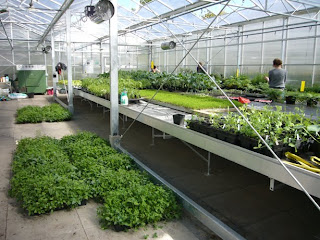 The students have all worked really hard, especially in the last few weeks where quite a few of them have barely had a day off. 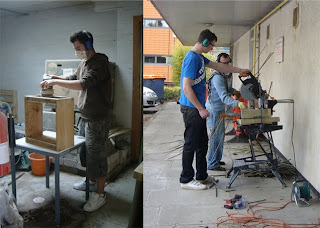 It was a very frantic day yesterday, finishing off some bits & pieces before loading up the truck with the garden and some of the larger trees. 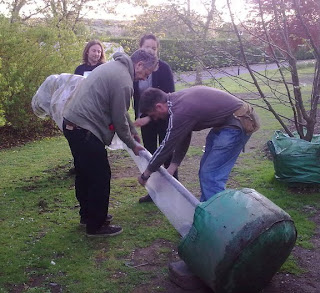 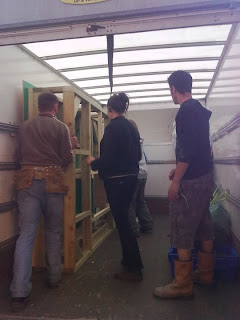 With pretty limited resources and lots of hard work they have done an amazing job. I'm joining them down there later next week, which I'm super excited about. If any of you find yourselves at the show next week, come by and say hello.
Posted by Tracy McQue at 09:25 No comments:


Being involved in a show garden at the Chelsea Flower Show,  I was interested to see the ‘Christian Before Dior’ garden. Not only because of my love of all things French but because Ian & I were lucky enough to happen upon the garden that inspired it one day late last summer. We were holidaying on the Normandy/Brittany border and decided to drive up to Granville. Whilst walking along the sea front we noticed a sign for the Christian Dior Museum & Garden at the bottom of these amazing steps. So up we climbed. 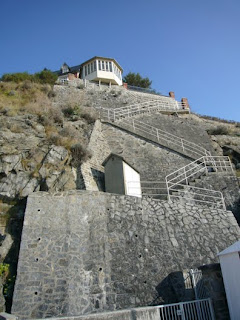 We discovered that it was his childhood home, Les Rhumbs, and it was perched on a cliff-side facing out towards the Channel Islands. First we arrived at a raised stone terrace, which has a spectacular view of the sea and Granville. 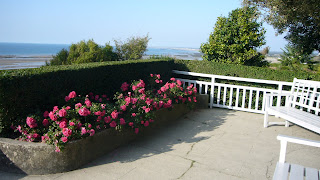 The wooden seats & pergolas are a pale oyster-grey, and the terrace is surrounded by hawthorn bushes and roses - the pink and grey scheme, was one of Dior's favourite combinations. Nearby is a walled garden which contains a simple rectangular pool. Jasmine, honeysuckle, peony, hydrangea, palms, passion flower and roses are planted and an adjoining wooden pergola, designed by Dior, supports plum trees and more clambering pink roses. 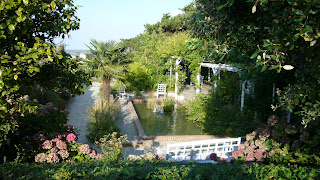 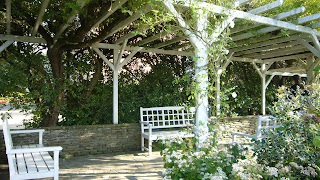 At the end of the garden, perched on the clifftop, is a rose garden, breathtaking in its position. You reach it along a path covered by a second pale-grey arched pergola, another of Dior's designs, which creaks under a mass of climbing roses. 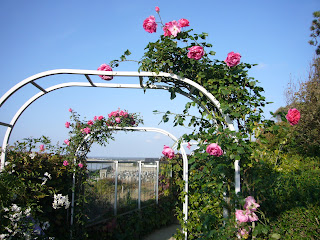 Huge swaying bamboos are planted near the entrance of the garden and guide you past a maze-like knot garden containing box and hazel hedging planted with a mixture of lilies, camellias, hydrangea, roses, geranium and lots of other colourful and beautifully scented planting. 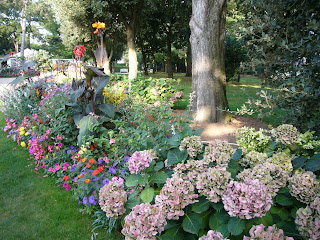 An amazing house & garden in a stunning location. I'll  look forward to seeing how the Chelsea show garden looks in a few weeks time. 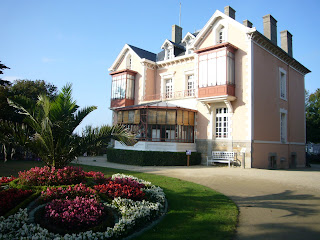